Day 2 Vancouver – After sleeping in (or getting up early depending on your timezone), we ventured out for a bit of light shopping etc. I chickened out on taking the big camera – the little M is so light.

The Canada Line Skytrain (which is mostly underground) is a great way to get back and forth from the Airport to the CBD and a range of places on the way. The Skytrain is also amazingly clean for public transport. Our mission was to find a pre-paid data plan for our iPads – fail. While free Wi-Fi is plentiful, a monthly plan can only be had if you have a Canadian credit card. Pre-paid data is just not available (gotta be a business opportunity there surely) and Dagan, the nice bloke at the Apple store Oakridge who used to live in Sydney, observed that Australia was just so much more flexible in its mobile offering – go figure?

Next stop lunch – lesson number one, don’t sit outside near the Waterfront train station or the beggars will hassle you (one was a bit bemused when she said she was starving and Charlie handed over his food not money).

After a potter around the shops, we headed out to Science World, lured by the Geodesic dome.Science World is like Questacon (Questacon I think is better), but it was fun, and the False Creek area is interesting. 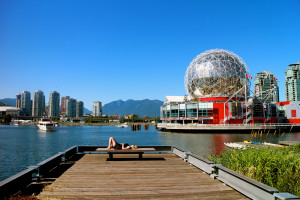 It’s very much summer here, and the locals are out in force riding, walking, and boating.

Vancouver is really dog friendly, and while there are dogs everywhere, no dog poo to be seen (maybe Vancouver dogs don’t?). 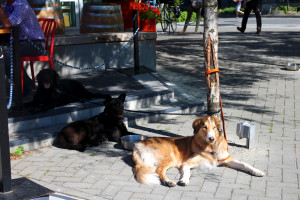 We found another nice place to eat, the Tap and Barrel – Charlie tried his first Poutine (basically pulled pork & cheese on chips).  Continuing the theme of different modes of travel – we hopped an Aquabus (piloted by yet another blond athletic young women – place seems to have an abundance of them), and promptly got chased and squirted by a passing pirate ship. 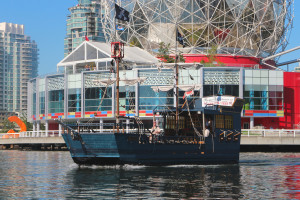 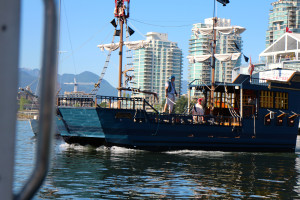 Back at the Fairmont now, waiting for the sun to set over the mountains and the airport – cross fingers for some cool photos.

Early start tomorrow with a Dash 8 to Seattle, then Alaskan Airlines jet to Juneau.

So here we are in Vancouver. The photo theme for the last 24 hours has been airports and modes of transport.

Even on our stroll around the Vancouver waterfront today (after catching up on some sleep at the very excellent Fairmont Vancouver Airport, and taking the train into the CBD) involved aeroplanes and boats. The little EOS M is getting a work out – but tomorrow I break out the big Cannon.

So its almost time to fly and my wonderful Husband has made me a site to blog and share photos from (and he cooked dinner and just gave me a glass of wine – I am blessed).  The trip is only doable thanks to our lovely friends who will house sit and mind our 16 year old cat. The itinerary over four weeks in summary is:

It is going to be amazing – so standby for photos, videos (including, we hope, from the Copter who is travelling with us). 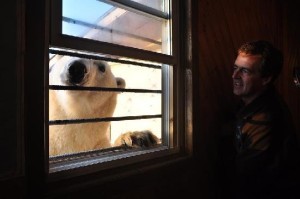